Raze It To The Ground!

An unofficial Forum for fans of the Raze series of Flash games.

You are not connected. Please login or register

Raze It To The Ground! » Sky9's other games+ other games in general » Multiplayer games + Sky9 clan (?)

Many Sky9ers play multyplayer games. Lotsa play Shellshock Live 2 and PB2; others play Team Fortress 2 (such as Pickle, myself, or R3taliate [ALL MY RESPECT] from what I've read); so, why not make right now a general "clan" for not only one game, but all games?

In Steam, there is a Sky9Gamers Group. We have a rather big number of numbers which, in the future, can only grow higher. Sky9 will gain more popularity; more people will join our forums. That's when the "clan" thing comes in. It will have two basic purposes:

Think about it: you're a random guy who wants to play a match in a certain game. You start up the matchmaker, and end in a server called "Sky9Clan game server". You like it, and get an invite to join their group. You notice they have a forum. You get there, and like it.

That's not going to happen in the near future; but one or two years from now, when eventually full fledged Steam/XBLA/PSN games will come out. For now, a clan will just work in fulfilling the first purpose.

Now, after all this, I've got three questions:

1. Should the Sky9Clan be based on Steam? Such as, group chats shall be there? Shalt "recruitment" go only through it?
2. Shall this very forum I'm writing this message become the clan's official website? Or are the Sky9forums enough?
3. Do you think that in the future Sky9games themselves will make multIplayer games? Such as the legendary MULTiPLAYER RAZE 3? If yes, would it be logical to think that our clan will have an important place in that?


TL:DR: I'm thinking about starting a Sky9Clan for whatever games. Your thoughts?

P.S: I didn't doublecheck it. For any grammar errors, I blame the government.
P.P.S: Guess who I am?
P.P.P.S: Drago. Don't bother.

Posts : 49
Join date : 2012-03-13
Age : 22
Location : Saudi Arabia
This is a nice idea and all. But I highly doubt we will have some new guys coming in via our future "clans". Firstly, when a stranger joins our room in SSL2, we instantly kick them. It seems as if everybody despises new guys >.< .

This forum can be a good place for clans and the sort. But remember not to leak this site to everyone, as I mentioned in my pm, I only told people about this site who already know about jeol's forum.

I wouldn't join the clan if there was one in PB2, however, because my current clan doesn't allow multi-clanning.

But this is alright. 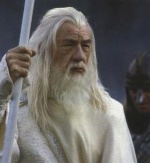 Nonetheless, I have no problem with a clan. Wouldn't mind joining, just in case I drop into any random game that the other guys play every blue moon.

Also, edited title to fix typo. I am a terrible person, I know.

Raze It To The Ground! » Sky9's other games+ other games in general » Multiplayer games + Sky9 clan (?)